Early in 1957, Bishop Frances P. Leipzig, Bishop of Baker, began investigating the possibility of establishing a second Catholic parish in the Klamath Falls vicinity, preferably in the south suburban area. He issued a call to Father George Murphy, who arrived in Klamath Falls on February 14, 1957 and immediately began establishing a church. 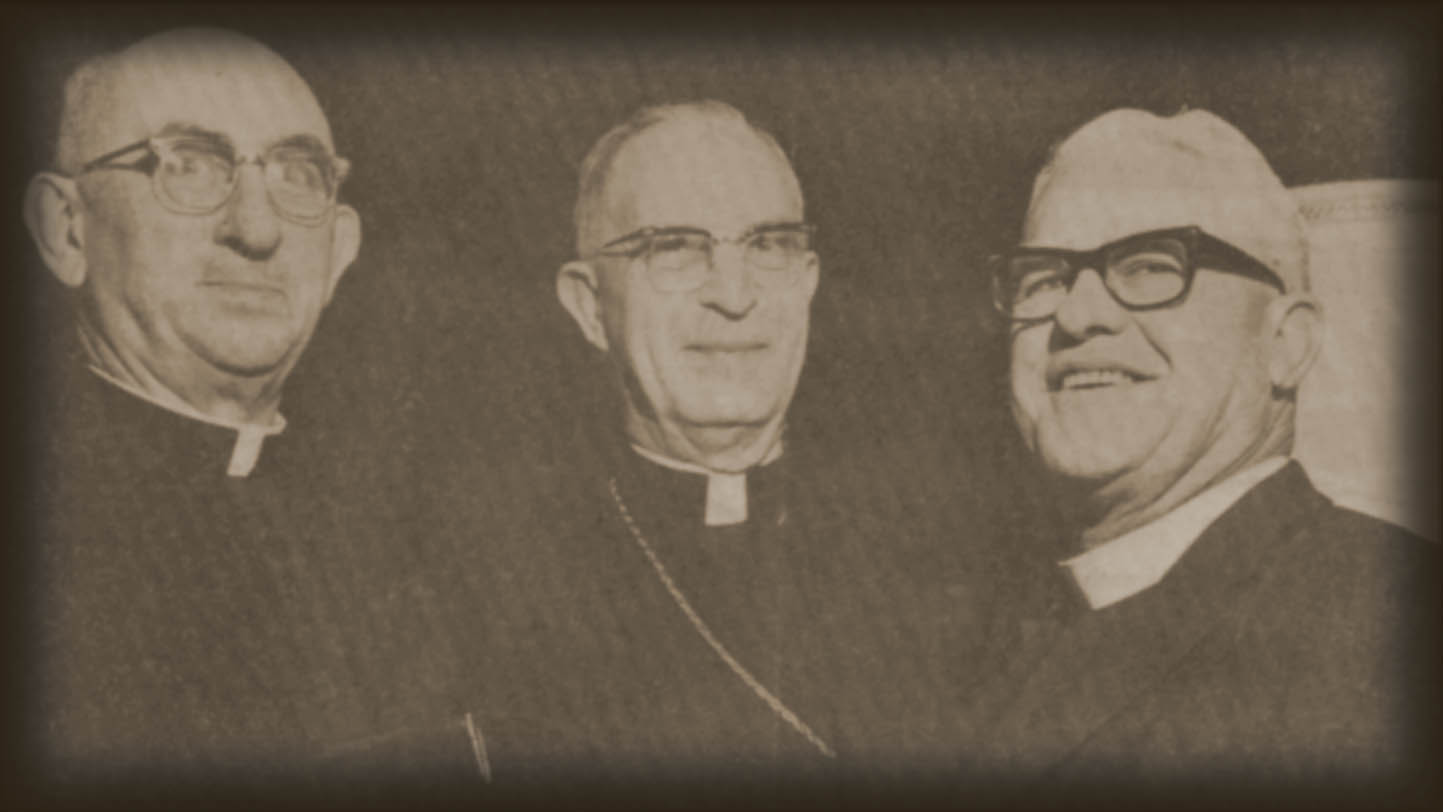 A house at 4501 Bristol Street was purchased for use as a rectory. It was determined that property in the vicinity was available to establish first, a school for Catholic children in the suburban area second, a rectory and finally, a church. In the meantime, services would be held in the gymnasium of Peterson school. Announcements were made at Sacred Heart Church on March 29, 1957 about the new Catholic church. The first gathering of the parish was at Peterson school on May 3, 1957 and the new parish was on its way.

Construction fo the church building, which was to be the gymnasium of the school, was begun on September 9, 1958. St. Pius X has progressed steadily since that date with classrooms being added in 1963 along with a parish hall and kitchen facilities. A rectory was built in 1966 and a "family room" addition in 1979 added to church capacity. Ground was broken in 1998 for the new and permanent St. Pius X church that would seat 800 worshippers and serve the needs of the Catholic community for several generations to come. This building was consecrated on April 11, 1999.